This is the blog tour page for the blog tour for Golden Dunes of Renhala (Renhala #2) by Amy Joy Lutchen. It’s a New Adult Urban Fantasy. The blog tour runs from 13 January till 26 January, 2014. 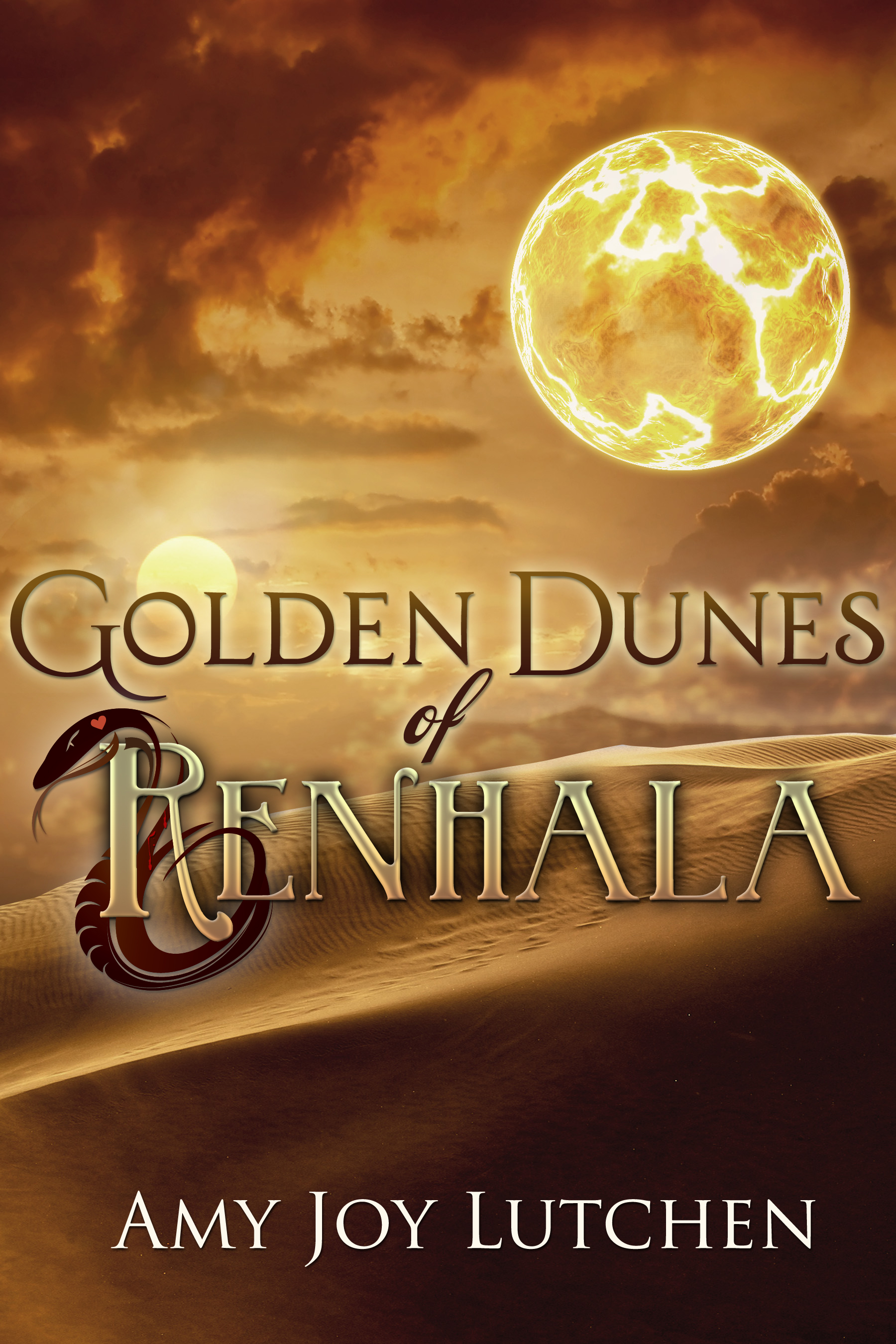 Blurb:
How do you live with a secret so dark and so deeply woven into your being that it threatens to smother your very existence, with no known way out? Use it to your advantage.

Kailey Rooke, karmelean, and now a possibly unethical karma-for-hire, has spent the past year jumping from project to project without any real hope for salvation. With repercussions from her actions at every turn, she discovers that as time goes on, she loses a bit more of herself to that which feeds on her anguish–that which is thriving inside her own body.

When a new contract to find a missing girl arises, Kailey attempts to put her past and its associated problems on the back burner, but she soon finds out that treachery and deceit lie shortly ahead in Golden Dunes, only giving face to new problems, with one leading right back to her childhood past.

She struggles to complete her contract as her own life teeters on a fulcrum, constantly tipping according to karma’s whim. How long will she keep her balance? Which way will she fall?

You can find Golden Dunes of Renhala on Goodreads

Some information about the first book in this series: 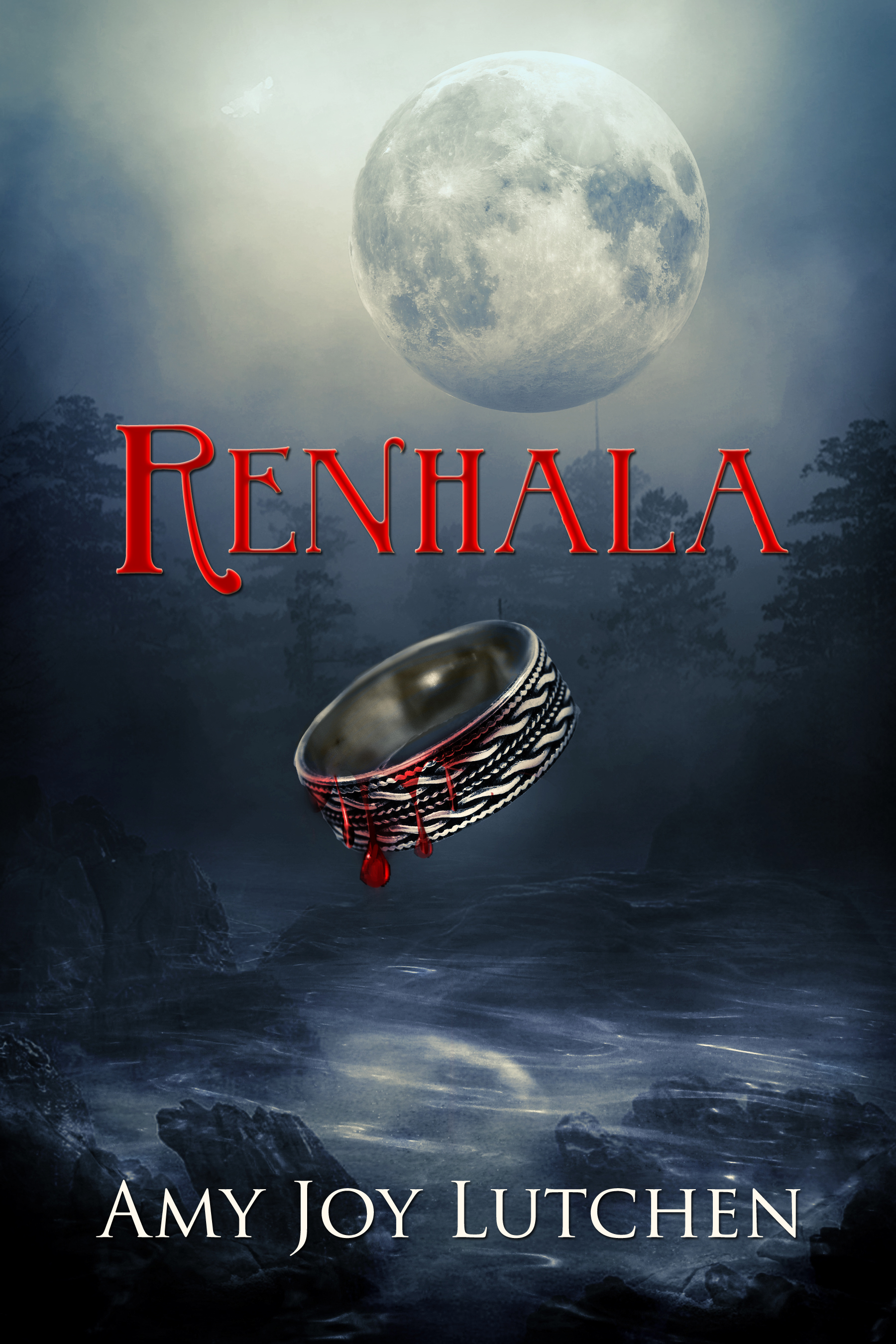 Blurb:
Kailey Rooke, timid accountant dedicated to philanthropic work, finds herself spiraling into a deep depression after she suffers a horrifyingly odd and humiliating assault, to only discover more of these freakish assaults occurring across the globe.
A chance discovery leads Kailey to a meeting with elderly Gunthreon, actual master of persuasion. Gunthreon, who seems to know too much of Kailey’s history for her liking, opens Kailey’s eyes to a coexisting magical realm she never knew existed: Renhala, while entrusting her with the knowledge of her newfound power as karmelean, serving as a beacon to the Higher Ones. She soon discovers that Renhala is in danger, and this danger has been leaking into her own realm. As she uncovers secrets within herself, and attempts to toughen up, she fuses with an unlikely band of fellow travelers/creatures, falls into an unexpected love triangle, and finds the courage to master a new deadly weapon.
As blood is shed and puzzles near completion, Kailey pulls from deep within herself, conjuring up mystical qualities that enable her to astonish as once predicted at her birth, but despite the newfound strength, Kailey will discover that monsters not only come in ugly packages, but can be easily disguised as those she has come to love and trust.

You can find Renhala on Goodreads 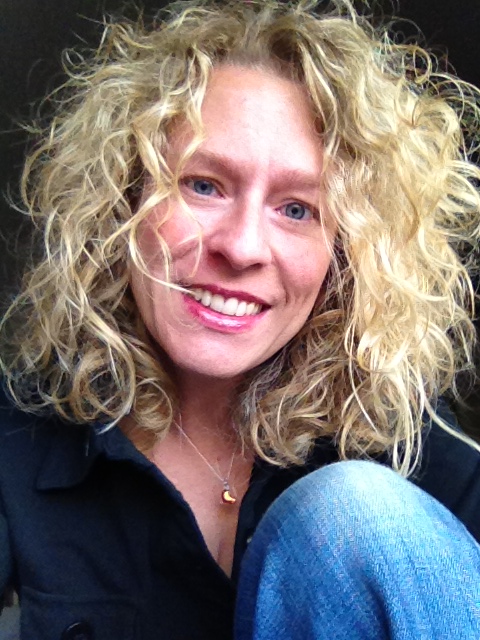 About the Author:
Was born in Chicago and slept in a dresser drawer for the first few weeks of my life, marking me as a future claustrophobe.

I studied at the University of Illinois, Champaign-Urbana (man I grew up quick), where I became a number, but decided it was a good number.

I write with plenty of snacks in hand, making sure they are not in multiples of three. That number makes me nervous.

Author of the Renhala series.

Below is the blog tour schedule.  When the tour starts I will make sure the links lead to the Golden Dunes blog tour post on the specific blog instead of the home page like they do now.

January 23
Been There, Read That, Reviewed the Book
Review Renhala and Golden Dunes of Renhala