I am organizing a book blitz for Inspired by Night by L.E. May. The book blitz runs from 8 till 14 December. There will be a tour wide giveaway. 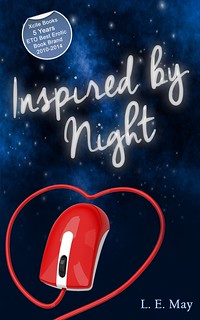 Blurb:
A sexy new age romance by debut author L.E.May follows Olivia as she is torn between the between the mysterious, enigmatic stranger she met online, and the charismatic young man right in front of her.

Olivia Jones is a nerd. The computer programmer doesn’t get out much, preferring to spend her time playing video games and watching movies. While she is successful and intelligent, she is also anti-social and sexually naive. Steven Teller has just graduated and landed his dream job working for Olivia. He’s young, handsome, and full of enthusiasm. He’s eager to impress his new boss, but employment isn’t the only thing he wants from Olivia.

An online introduction to Steven’s friend, Chris Knight, leads the two of them to start exchanging flirtatious emails and instant messages and while his attention flatters Olivia, his personal questions both shock and intrigue her. It’s not long before Chris encourages Olivia explore her body and her sexuality under his guidance. All the while, Steven’s feelings for her make themselves known, and Olivia finds herself torn…

You can find Inspired by Night on Goodreads 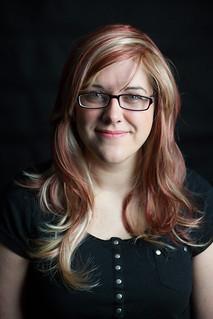 L. E. May is the author of the adult romantic comedy novel, Inspired by Night.She loves reading but was feeling disappointed by a lack of literary heroines that she could relate to so she decided to create her own.

As a website designer and owner of a digital media company, she takes inspiration from the digital and technology industries. Her writing is littered with nerdy references and humour and her leading lady is smart, intelligent and comfortable with who she is.

Being a female entrepreneur in a predominantly male industry, she is passionate about encouraging women and girls to take an interest in technology and wants to show that nerds are cool.

Following graduation from a music industry management degree, she lived in London, working for a number of music companies. She returned home to Liverpool and worked in a variety of jobs from admin to childcare – She even had a short stint as a taxi driver – before she discovered her passion for digital media.

She keeps a regular blog on both her author site and company site, regularly contributing guest posts to other websites.

When she’s not writing or designing websites she spends her spare time playing video games and watching television. She supports Liverpool football club and is never more than ten meters away from a pizza. She lives with her long term boyfriend and their two cats.