I am organizing a book blitz for the box set Mischief Under the Mistletoe. With focus on Kimberly Kincaid her story in this box set Play Me. The Box set Mischief Under the Mistletoe includes 19 short stories by 19 different authors. The stories are adult romance books, but vary from sweet till super steamy. The book blitz runs from 17 till 23 November.
You can sign-up for a review of the whole box set, a review of Play Me by Kimberly Kincaid or a excerpt/ promo stop. Review copies will be available in mobi, epub and pdf file. Review copies of Play me will be send out end september and review copies of the box set will be send out mid/ late October. 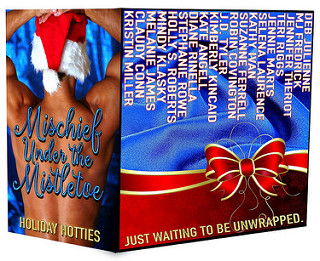 Kristin Miller – The Bad Boy Meets his Match
When lingerie-store owner Cora Brennan plans a getaway at a quaint mountain retreat, she never expects to reunite with the playboy she spent a memorable night with in college. Can they finally admit their true feelings for each other before love is lost to them again?

Claudy Conn – Collide & Burn
Charlie knows when she first sees Wade Devon that he is
trouble. Wade likes to win. It is what he does and he wants her…no strings attached. She has to ask herself, should she, or shouldn’t she.

Melanie James – Snowflakes, Exes, and Ohs
With two men vying for her affection, Abbie’s heart is torn between the two. One has always been there for her, no matter what. The other left when she needed him the most.

Mindy Klasky – Fly Me to the Moon
Lexi thinks she’s recovered from the fire that burned her years ago. But when she falls for PTSD-ridden army veteran Finn, she learns how deep some scars can be.

Holly S. Roberts – Ruck
Van, one of the best players in rugby and the hottest player between the sheets is looking for a holiday miracle. His brother won the girl and Van’s heart is broken. Could the gift of a lifetime be his for the taking or will this bad boy ruck it up again?

Stephanie Rowe – Wrapped Up In You
Can the Christmas magic of a coastal Maine island heal two broken souls when a winter storm strands them together?

Diane Rinella – It’s A Marshmallow World
One Christmas, Darla was given a mystical gift, along with an ominous message. Years later, meeting Chris puts her head in a spin. Could it be that gift from long ago holds the key to their happiness?

Kate Angell – Snow One Like You
A Vermont Christmas Eve blizzard forces Allie to close Hartley’s General Store. Her best friend Rhys arrives by snowmobile, not wanting her to endure the snowstorm alone. A playful kiss under the mistletoe warms more than their hearts.

Kimberly Kincaid – Play Me
Sophie Drayton has seen enough of the wild life to know that Emilio Barrett is bad news. But the sexy stripper has secrets of his own. Will Sophie’s past come back to haunt her, or will Emilio prove that a bad boy can be also be a good man?

J.D.Tyler – One Last Miracle
After a case gone horribly wrong, FBI Agent Mark McClendon retreats to his late grandfather’s isolated cabin, determined to escape his pain. He’s completely unprepared to find himself falling for his pretty new neighbor–but when the past comes gunning for him, Mark’s newfound love may mean the difference between a second tragedy and a holiday miracle.

Robin Covington – When You Open Your Eyes
War tore Gabe and Ellie apart and three years later, he’s almost given up any hope that she’ll come back to him. When she returns just before the holidays, he wants nothing more for the damaged, stubborn woman he loves to stay forever but she’s ready to run as soon as the gifts are opened. Chased by her nightmares, Gabe’s only hope of keeping Ellie is to convince her that he’ll be there when she opens her eyes.

Suzanne Ferrell- Close To The Mistletoe
When teacher Holly Murphy walks into Westen’s only bar to help her friend celebrate a divorce, she doesn’t expect hot carpenter Nick Fisher to save her from an embarrassing situation. His heated kisses awakens something deep inside her, but when someone sets his sights on Holly, will Nick be the one to protect her close to the mistletoe?

Kathy Ivan – Yours For The Holidays
At her hospital’s annual Bachelor Auction, event organizer, Dr. Alanna Reeves, is blindsided when the tables are turned and Blake Donovan offers a huge donation–for her! Can a trip to Florida for the holidays help them discover their true feelings or drive them apart forever?

Selena Laurence – Prince of the Press
Marcus Ambrose, the newest face in political media, is one hot ticket. But when he meets his brother’s down-to-earth secretary Renee, his own heart takes a knock. Can Marcus’s famous ‘full-court press’ convince the woman of his dreams to take a shot at love?

Jennie Marts – Worth the Shot
Addison Cavanaugh had one rule: Do not date hockey players. So kissing the newest trade to her dad’s team
should have been off-limits–even if he is hot enough to melt the ice. Is the new player worth the shot or is she is risking her heart in a game she can’t possibly win?

Teri Riggs – Finding True’s Love
Six months after True’s last boss viciously attacked her, she’s ready to take her therapist’s advice and go back into the work force. She wants her life to be normal again and working for another man will be a giant step towards that goal.
Nick has been betrayed by a pretty face for the last time and has sworn off relationships. Or so he thought until the day his new assistant, True Kelly, walked into his office.

Jennifer Theriot – Unwrapping Noel
Noel Calabrese hates Christmas as much as she hates her life. While in the Napa Valley on a business trip, she meets Leon Hallas. Could this sexy, silver fox be her ticket to happiness?

MJ Fredrick – Bluestone Christmas
Come back to Bluestone, Minnesota for Christmas, where single mom Willow Branson has moved from Texas to make a home with her daughter. But moving from a Texas winter to a Minnesota one is more challenging than she expected, and handsome handyman Chase Granzer is more than happy to help her adapt…and keep her warm.

Deb Julienne – All I Want For Christmas
Rafe Donnelly hates everything to do with the holidays. Ali Sanders is a single mother, juggling two jobs and missing most of her son’s childhood. Who knew a little boy’s Santa wish could change so many lives?

You can find Mischief Under the Mistletoe on Goodreads 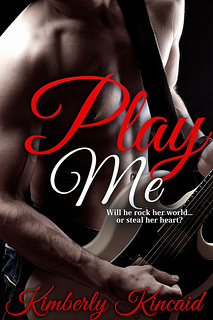 Blurb:
As the daughter of rock and roll’s most notorious producer, Sophie Drayton has seen enough bright lights and big city to last ’til she’s ninety. Now that she’s ditched the wild life in LA to pursue her passion for books, she wants nothing more than to live on the straight and narrow. The last thing Sophie needs is the attention of a cocky bad boy stripper…no matter how sexy his smile is.

Emilio Barrett knows all about cover-ups—after all, his job is just one act after another. He can tell there’s more to feisty, guarded Sophie than she lets on. But Emilio has secrets of his own. His true lifeblood lies in music, and he’s getting tired of leading two lives on stage. He’ll do whatever it takes to get his break.

The more Sophie and Emilio get to know each other, the more they discover they’re not as different as they seem. But when her past collides with his truths, will Sophie’s defenses win out, or will Emilio prove that a bad boy can also be a good man?

You can find Play Me on Goodreads 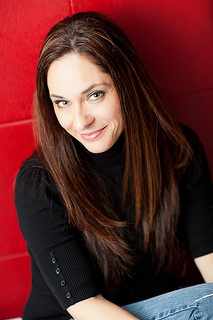 Kimberly Kincaid writes contemporary romance that splits the difference between sexy and sweet. When she’s not sitting cross-legged in an ancient desk chair known as “The Pleather Bomber”, she can be found practicing obscene amounts of yoga, whipping up anything from enchiladas to éclairs in her kitchen, or curled up with her nose in a book.

Kimberly is a 2015 RWA RITA® finalist who lives (and writes!) by the mantra that food is love. Her digital Line series is all about the hot cops and sexy chefs of Brentsville, New York. She is also the author of the Pine Mountain series, which follows small town singles as they find big-time love. Kimberly resides in Virginia with her wildly patient husband and their three daughters. Visit her any time at www.kimberlykincaid.com or come check her out on Facebook (www.facebook.com/kimberly.kincaid1) and Twitter (@kimberlykincaid).

Beyond The Valley of the Books
Excerpt

From the Desk of … R.E. Hargrave
Excerpt

The SubClub Books
Review Play Me and Excerpt

21 November
Those Crazy Book Chicks
Review Mischief Under the Mistletoe

Imaginative Dreams
Review Mischief Under the Mistletoe and Excerpt

23 November
Teatime and Books
Review Mischief Under the Mistletoe, Review Play Me and Excerpt

Curling Up With A Good Book
Excerpt

Marebare’s Book Shelf
Review Mischief Under the Mistletoe, Review Play Me and Excerpt