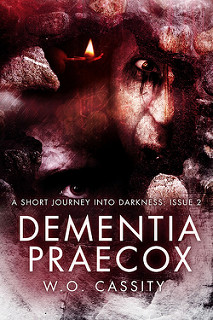 Blurb:
In 1887, Dr. Edgar Livingston worked relentlessly to find a cure for his beloved’s condition which caused her mind to unravel from the tormenting hallucinations. Through trial and error experimentation on dozens of mentally ill patients at Bethlem Royal Hospital, he pushed against the moral threshold of ethical practices attempting to unlock the secrets of the human mind by realigning their resonance with reality. What Doctor Livingston did not realize were the otherworldly dimensions that took notice of his impetuous work.

“Dementia Praecox” is the second story in the “A Short Journey Into Darkness” horror series by author W.O. Cassity. The short story series offers originally unique fiction written in vivid detail to immerse readers into the fringes of terror. 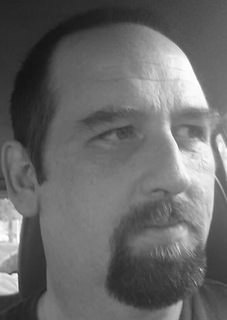 W.O. Cassity grew up in the Mississippi Delta Valley dreaming of new worlds fueled by his passions for writing and playing tabletop games with his friends. As an adult, he relocated to Nashville, Tennessee where he pursued a career in IT and Telecommunications, working for companies such as Dell Computer Corporation, Verizon Wireless and Asurion. Will returned to his childhood passions sharing those experiences with his children. He went on to release his debut novel, “Heir of the Blood King” which was well received. He was accepted as a member of The Ed Greenwood Group (TEGG) Sessorium of Creatives in September 2015, where he will write novels set in Mr. Greenwood’s new campaign worlds. Will and his wife, Barbara, currently reside in Arkansas with their four children, three dogs and one very stinky cat.

There is a cover reveal wide giveaway for the cover reveal of Dementia Praecox. You can win a 10$ amazon gift card!