I am organizing a cover reveal for Maiden of Secrets (World of Almir #2) by Paul Neslusan. The cover reveal will take place on 14 September.

I am also organizing a book blitz for Maiden of Secrets 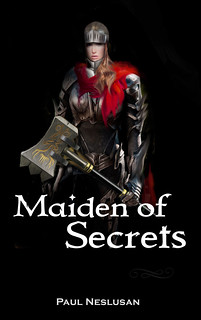 Blurb:
Raised deep underground in the city of Solypse, Caelin dreams of life in the world above. Her dreams are crushed when she is coerced into service, plunging her into a world of spies, smugglers, assassins, and corrupt politicians.

As Solypse negotiates a treaty with the city of Phira, a beloved war hero stumbles into secrets that could drive the political order of the depths into chaos. In the aftermath, they will have no choice but to try to save a mysterious nation from its own dark necessity, and in doing so, save themselves.

You can find Maiden of Secrets on Goodreads 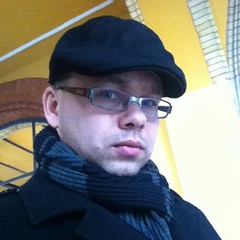 Paul Neslusan devours books whole (figuratively speaking), and has since he was a child. When he finally decided to put pen to paper, he set a goal of writing something that was understandable to a fifteen year old, engaging to a twenty five year old, and still compelling to a thirty five year old. Basically, he wanted to write the kind of books that he would want to read, and would have wanted to read when he was younger, and wants to read now. He lives in Central Massachusetts with his extremely patient wife and three children.

The Depths was his first work of fiction, released in December of 2014. His next book in the world of Almir, Maiden of Secrets, will be released in early fall of 2015.