I am organizing a cover reveal for Newborn by Edward Hoornaert. The cover will take place on 7 October. Help reveal the cover for this science fiction romance book! 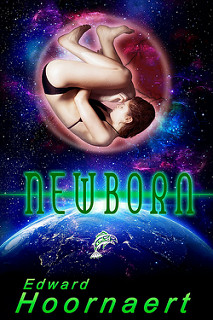 Blurb:
Can a man and woman disagree about a little thing like murder and still be lovers?

Jo Eaglesbrood is born fully dressed, well-armed, and impatient to tackle her Destiny. Namely, killing her alien nation’s most wanted fugitive. Her programmers want her to live a few hours, kill, then die.

But something goes wrong.

Darby Lapierre has the thankless task of protecting the surly fugitive while she recuperates from gunshot wounds. It’s hard, but not impossible for a skillful bodyguard like Darby.

Until, that is, Jo shows up at the private hospital after an accident. Beautiful, naive young Jo knows nothing about life and love, and wants Darby to teach her. Just until she’s well enough to attack her Destiny, of course. And then he’ll be in the way . . . .

You can find Newborn on Goodreads 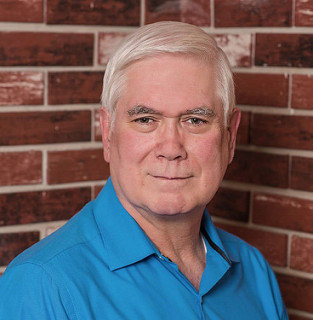 What kind of guy writes romance? A guy who married his high school sweetheart a week after graduation and still lives the HEA decades later. A guy who’s a certifiable Harlequin hero—he inspired Vicki Lewis Thompson’s Rita Award finalist Mr. Valentine, which is dedicated to him.

Ed started out writing contemporary romances for Silhouette Books, but these days he concentrates on science fiction romance. He’s been a teacher, principal, technical writer, salesman, janitor, and symphonic oboist. He and wife Judi live in Tucson, Arizona. They have three sons, a daughter, a mutt, and the galaxy’s most adorable grandson.