I am organizing a review opportunity for Last House Burning by Katy Scott. There is no specific date for when you have to review this. Sign-ups will be open untill further notice. 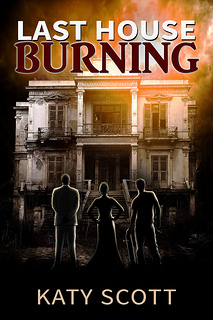 Blurb:
When you speak of the Devil, he probably won’t appear. But he may send one of his staff.

In an old house in a deserted, burned-down village, a young woman called Verla lives alone. Year after year she stays there while the world changes around her, no one else ever stepping foot in the village, the people in the nearby towns forgetting she exists. Verla is used to it. It’s the way things have to be.

Until Ben, a bored teenager visiting the area with his family, barges into her life and demands to know her story. He’s strangely drawn to the house and its reclusive occupant, and when he finds out her secret he’s only more determined to help.

But Ben is dealing with forces he never knew existed. As he plunges into the bureaucratic world of Heaven and Hell that Verla is part of, he realises that it’s going to take more than just an appointment at the local office of the underworld if he and Verla plan to face down her devilish foe.

Last House Burning is part urban fantasy and part satire, and answers two important questions. Firstly, what would happen if there were pockets of Hell here on Earth? And secondly, is the Devil really in the detail? (The answer’s yes. Who else would decide that boring paperwork and tedious meetings could ever be a good thing, if not the Devil himself?)

You can find Last House Burning on Goodreads. 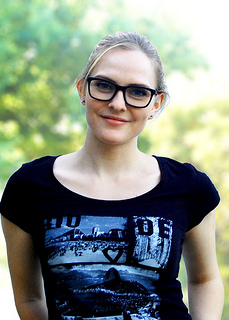 Her favorite authors are Terry Pratchett, John Steinbeck, Roald Dahl and Marian Keyes, and she’ll add Louis CK to that list when he finally writes a book.

Katy likes movies, video games, cheese, chocolate and her husband. Probably not in that order though.

Eokhardah Review
Once Upon a YA Books
Perfection in Books