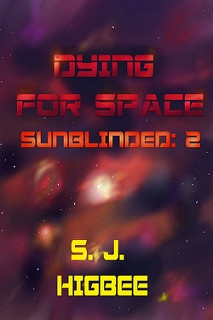 Blurb:
Cadet Officer Elizabeth Wright just wants to make her father proud, while the mercenary warlord is looking for her to replace his dead family…

I finally get the opportunity to become a serving officer and fulfil my childhood dream, as well as get to know my biological father, General Norman. And when I first clap eyes on Restormel, the HQ of my father’s space mercenary outfit, it’s the most beautiful building I’ve ever seen.

But appearances can be deceptive. There are dark secrets hidden in the twisting corridors and blood-soaked cells beneath the training grounds and banqueting rooms. Secrets that seep out. Secrets that demand fresh victims, because whatever else happens, they can’t be allowed to see the light of day…

You can find Dying for Space on Goodreads

You can buy Dying for Space here on Amazon 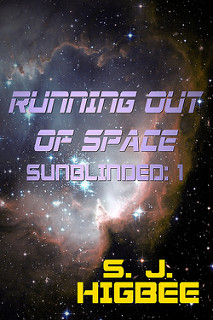 You can buy Running Out of Space on Amazon 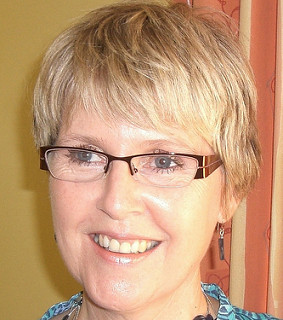 Born the same year as the Russians launched Sputnik, I confidently expected that by the time I reached adulthood, the human race would have a pioneer colony on the Moon and be heading off towards Mars. So I was at a loss to know what to do once I realised the Final Frontier wasn’t an option and rather lost my head – I tried a lot of jobs I didn’t like and married a totally unsuitable man.

Now I’ve finally come to terms with the fact that I’ll never leave Earth, I have a lovely time writing science fiction and fantasy novels while teaching Creative Writing at Northbrook College in Worthing. I’ve had a number of short stories, articles and poems published – the most recent being my story ‘Miranda’s Tempest’ which appeared last year in Fox Spirit’s anthology Eve of War. I recently signed a publishing contract with Grimbold Publishing for my science fiction novel Netted, which is due to be released in 2019.

I live in Littlehampton on the English south coast with a wonderful husband and a ridiculous number of books. I can be found online chatting about books at my book review blog https://sjhigbee.wordpress.com/ and you’re very welcome to pop onto my website www.sjhigbee.com and my Facebook page https://www.facebook.com/sjhigbeeauthor/.

27 December
A Bohemian Mind at Work – Premade Post: My Fascination with the Family
Just Books – Excerpt and premade post: That tricky conversation which led to my major rewrite of the Sunblinded trilogy
Hywela Lyn – Excerpt

28 December
Comfy Chair Books – Premade post: The importance of food and dining in Dying for Space

Review After tour
Hywela Lyn – Running Out of Space