I am organizing a blog tour for Issaura’s Claws by Katharine E Wibell. The blog tour runs from 10 till 23 April. Review copies are available in mobi and pdf format. There will be a tour wide giveaway. 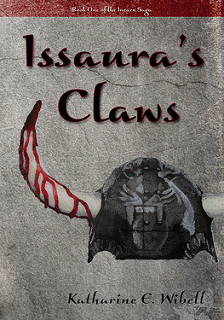 Blurb:
According to legend, when the world was young, the goddess Issaura appeared among men. Those who treated her with kindness received the gift of the gods—the ability to transform into an animal form. This was a great honor but one that separated this race from other humans. Before Issaura departed the mortal realm, she promised to return if her people were ever at the point of destruction.

“Now a threat is rising from a land across the mists of the ocean, a threat that will push this race to the brink of extinction. Responding to the call to war, seventeen-year-old Lluava heads off to find her destiny, one that will carve her name in history.”

You can find Issaura’s Claws on Goodreads 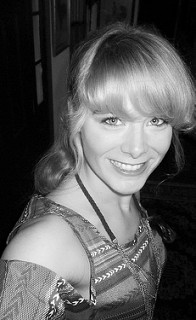 Katharine Wibell’s lifelong interest in mythology includes epic poetry like the Odyssey, Ramayana, Beowulf, and the Nibelungenlied. In addition, she is interested in all things animal whether training dogs, apprenticing at a children’s zoo, or caring for injured animals as a licensed wildlife rehabilitator. After receiving degrees from Mercer University in both art and psychology with an emphasis in animal behavior, Wibell moved to New Orleans with her dog, Alli, to kick start her career as an artist and a writer. Her first literary works blend her knowledge of the animal world with the world of high fantasy.

13 April
The Bookworm Lodge – Promo only