I am organizing a blog tour for Pretty Little Creatures by Vince Milam. The blog tour runs from 1 till 14 December. Review copies for both books are available in pdf and mobi (gifted by the author through amazon). There is a tour wide giveaway!
So far this series contains 2 books: The Unknown Element (The Challenged World #1) and Pretty Little Creatures (The Challenged World #2).

A reserved small town sheriff on a reluctant quest for justice. A beautiful and eccentric technology genius striving to piece together international clues to terrorism. An epicurean French priest committed to combat. Can they work together to challenge a nightmarish conspiracy without driving each other crazy?

The resurrection of the blood diamond trade in the fetid jungles of Ebola-infected West Africa draws the trio together. They are joined by a stunning CIA professional killer with a clear and final solution to any problem. Together they struggle against the leaders of the illicit diamond trade and the foul entity providing the child slave labor.

Have they won? The doggedness of the technology genius and the assuredness of the French priest uncover deeper plans—a game of misdirection and intrigue masterminded by a powerful source nested in the evil enclaves of ISIS.

The stakes rapidly rise as the trail leads them into the wild heartland of a Mexican drug cartel—a launching point to unleash a hellish scenario into the U.S. The final conflict looms as forces for good and evil muster for battle. Can three regular people prevent this terrorist attack? They need to, because failure will forevermore alter the life of every American.

You can find Pretty Little Creatures on Goodreads

A horrific event in a sleepy Gulf Coast town pulls them together and the trio find themselves on a quest for the truth about good and evil, travelling first to Wales and the scene of another shocking nightmare, then on to the ISIS killing fields of Syria where the stakes rise even higher.

Can these three dissimilar people find answers without driving each other crazy? Can they survive while Middle East factional war rages around them? They need to, because the potential fate of millions hangs on it.

You can find The Unknown Element on Goodreads 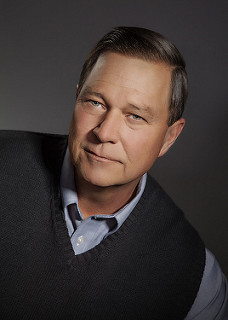 VINCE MILAM has lived all over the world, traipsing through the Amazon, Congo, and Papua New Guinea—all the while demonstrating bourbon has medicinal qualities. Raised in Texas, he lives in the mountainous West where he proves—annually—that God doesn’t want us driving on snow. He relishes great reads, fine trout streams, family, old friends, and—especially—writing fast-paced thrillers with a dose of humor and a spiritual twist.

The first two books in the Challenged World series rank high on the Amazon lists in both Thrillers/Terrorism and Christian/Mystery. You can visit him at www.vincemilam.com to learn about new releases and writer’s angst. He can also be visited at https://www.facebook.com/profile.php?id=100006177615953 or on Twitter @vince_milam