I am organizing a blog tour for Tara Nikkel and the Shaman of La’la Eek by R.A. Sapp. The blog tour will run from 14 till 27 April. Posts for this blog tour do not have to be the top post on your blog. There will be a tour wide giveaway. 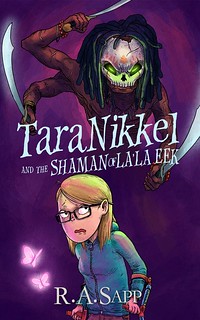 Blurb:
Tara Nikkel is back! The highly anticipated sequel to the bestselling middle-grade fantasy novel is absolutely bursting at the seams with even more magic, adventure, and wonderment than ever before.

A mysterious cry for help sends Tara back to the really real world to a tropical realm known as La’la Eek where she must come face-to-face with her most terrifying adversary yet! This new installment is full of exciting new monsters, twists, and thrills, guaranteed to satisfying every reader’s desire for more Tara Nikkel.

What are you waiting for? Your adventure awaits! See why everyone is naming Tara Nikkel and the Shaman of La’la Eek as the book you’ll keep reading again and again!

First book in this series: 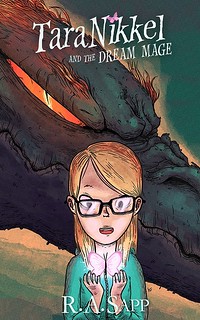 Blurb:
Meet a teenager with some serious issues. Tara Nikkel is a girl with a whole host of ailments: cerebral palsy, asthma, and a severe peanut allergy (just to name a few). And if all that wasn’t enough, Tara’s also an orphan with two clueless foster-parents who are hoarders as well as being professional couch potatoes. But everything changes for Tara when she ventures into a storm to find her missing beagle, Pudgy. Through an unexpected series of events, Tara finds herself in a magical realm known only as the “really real world”. Come join Tara on an adventure filled with magic, goblins, zombies, dragons—and more! Ages 13 and up.

You can find Tara Nikkel and the Dream Mage on Goodreads

Want to know the story behind this story? Check out this post about the real Tara on the author’s website.

R.A. Sapp lives in beautiful Orange County, California. He is married to Rebecca and together they have two children–Abigail (The Healer) and Christian (The Wizard). In addition to reading and writing, Mr. Sapp enjoys running and mountain biking. He has run several half-marathons (including completing the Beach Cities Challenge in 2014) and hopes to complete a triathlon someday.