I am organizing a book blitz for Bound by Blood by Scott Springer. The blitz runs from 21 till 27 April. There will be a tour wide giveaway. 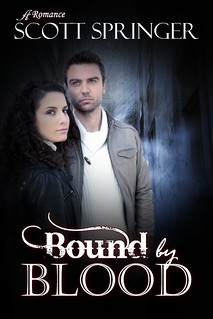 Blurb:
Julia has accepted the Lord and is busy returning her life to order. She is not ready for love, especially when the new site foreman at work stirs up forgotten feelings. She knows a playboy when she sees one, but to Rick Mercado the attraction between them is surprisingly real. Other girls no longer interest him, and if she wants to play hard to get that’s fine with him. Let the games begin!

What he doesn’t realize is that her dangerous secret is not a game.
Julia’s brother has returned from the street, strung out and in trouble with rival gangs. Loyalty to her brother draws Julia deeper into a world of drug deals and thugs. Rick doesn’t understand why Julia won’t simply go to the cops, especially once the bullets start flying. As Julia slips further into a world of violence, Rick realizes how easily his heart can be broken. His brain says to run, but his heart isn’t listening. It may already be too late.

BOUND BY BLOOD. Love and suspense, heartfelt moments and guns a blazing.
What a killer combination!

You can find Bound by Blood on Goodreads

You can watch the trailer for Bound by Blood on Youtube 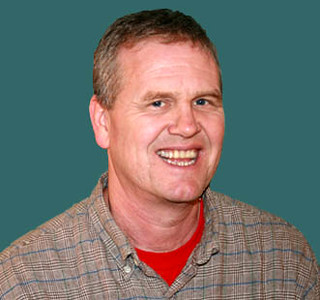 Scott Springer spent his youth playing pretend and dreaming of being a writer. As an adult he worked as a carpenter before becoming a software developer. Having produced much, his two children remain his proudest accomplishment. His wife led him to the Lord, and he’s glad that she did.

27 April
The Phantom Paragrapher
Write from the Heart