I am organizing a cover reveal for From Russia, With Love by Erin Lee. This cover reveal will take place on 24 April. The cover is designed by Lindsey Jayne. There will be a giveaway during the cover reveal. 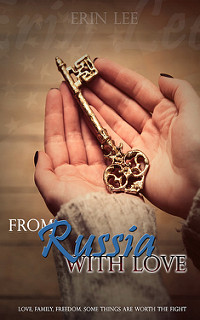 Blurb:
Ahha (Anna) Antipova was four years old the day her strung-out mother left her and her brother on the side of the road. After a year in a Russian orphanage, the siblings were brought to America by English-speaking people who promised a safe, forever family. Learning a new language and culture was nothing to Anna, who grew into an overachiever in a home with strict rules around biological verses adopted children.

The primary caretaker to her adoptive parents’ blood children, Anna spent most of her teen years doing anything she could to please her parents. In fact, she excelled in everything she touched. Abram went the other way, stirring up trouble and expecting his younger sister to clean up his messes. She didn’t mind, it was only another year or two, Anna reasoned. Besides, he’s all I have.

Two weeks before high school graduation, Anna sat in an emergency room surrounded by strangers. With permanent scars at the hands of her adoptive mother, she needed to escape a home that was no longer safe. The problem was, she was only sixteen. A minor with no legal rights to emancipate herself, Anna struggled to find a way out. Counting on the kindness of strangers and her boyfriend, Elliot, Anna found herself desperate to find a way out. But it was not easy. With the system working against her, she could see no escape.

Until another day…That was the day she became fearless.

You can find From Russia, With Love on Goodreads

You can pre-order From Russia, With Love here:
– Amazon 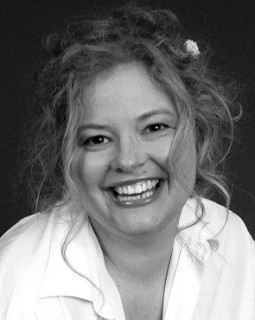 Erin Lee is a freelance writer and therapist chasing a crazy dream one reality at a time. She is the author of Crazy Like Me, a novel published in 2015 by Savant Books and Publications, LLC, Wave to Papa, 2015, by Limitless Publishing, LLC and Nine Lives (2016). She’s also author of Alters, Host, and Merge of the “Lola, Party of Eight Series,” When I’m Dead, Take Me As I Am, Greener, Something Blue, Once Upon a Vow and 99 Bottles. She also penned Her Name Was Sam, an LGBTQ awareness novella. She is author of Losing Faith, and co-author of The Morning After with Black Rose Writing. These days, she spends her free time working on the sequels to this novel, Jimmie’s Ice Cream and Thing Fifteen.

Lee is a co-founder of the Escape From Reality Series. She, along with authors Sara Schoen and Taylor Henderson, are working with twenty other authors to bring the hopes, dreams, fears and terrors of a tiny fictional town alive. The town and its setting is exactly the type of place a man like Jimmie might escape to as the bodies thawed.

Lee holds a master’s degree in psychology and works with at-risk families and as a court appointed special advocate. She cannot write horror with the lights off. However, these days, she’s getting braver and dimming them. She’ll get there . . .

There is a cover reveal wide giveaway for the cover reveal of From Russia, With Love. One winner will win an e-copy of their choice of one of Erin Lee’s books.

For a chance to win, enter the giveaway below:
a Rafflecopter giveaway