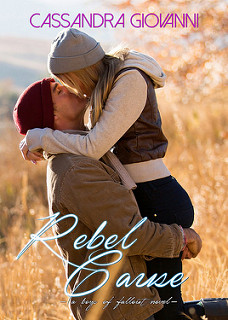 Blurb:
Reese White has spent her whole life trying so hard to be perfect, that when she looks in the mirror, she doesn’t know the person staring back at her. Sure, she’s always gotten high grades and excelled academically, but she’s never put much time into herself. Now, as she heads off to college, Reese realizes she’s remained so hidden inside a book that she’s invisible to everyone, including herself.

Kellin Lake has always seen Reese, his little sister’s best friend, the beautiful girl hidden behind baggy clothes and good grades–but he’s hiding, too– even from her. Tattoos, lip piercing and lead singer in a metal band, he’s a rebel without a cause. But that’s just to the people at school. At home, he covers it all up, and he’s the boy with the angel’s voice, and a 4.0 only his parents know about.

When Reese flips the switch and takes control of her looks, they make an arrangement– pretend to be in a relationship to elevate Reese’s social status. It’s simple. Kellin helps his sister’s best friend, and Reese isn’t invisible anymore. No one falls in love. No one gets hurt. But what Reese doesn’t realize is Kellin is already in love with her.

And now things get a hell of a lot more complicated.

You can find Rebel Cause on Goodreads

You can pre-order Rebel Cause on Amazon

Get the first two books in this series! 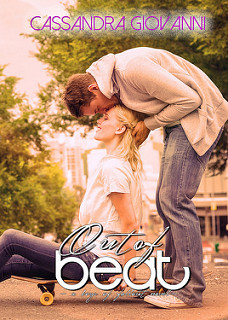 Book one in this series Out of Beat is available! You can buy a copy on Amazon 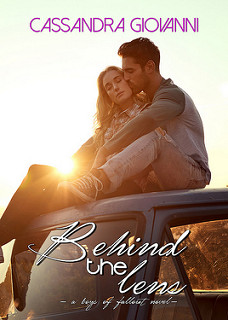 Book two in this series Out of Beat is available now! You can buy a copy on Amazon 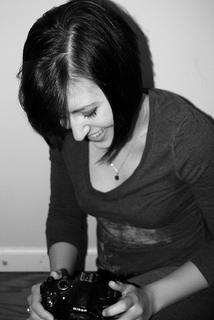 Cassandra doesn’t remember a time when she wasn’t writing. In fact, the first time she was published was when she was seven years old and won a contest to be published in an American Girl Doll novel. Since then Cassandra has written more novels than she can count and put just as many in the circular bin. Her personal goal with her writing is to show the reader the character’s stories through their dialogue and actions instead of just telling the reader what is happening. Besides being a writer, Cassandra is a professional photographer known for her automotive, nature and architectural shots. She is happily married to the man of her dreams, and they live in the rolling hills of New England with their daughter, Hope and dogs, Bubski and Kanga. For regular updates visit Cassandra’s website www.cgiovanniauthor.com and sign up for her newsletter.

There is a cover reveal wide giveaway for the cover reveal of Rebel Cause. One winner will win a paperback copy of Out of Beat and Behind the Lens by Cassandra Giovanni (US Only).

For a chance to win, enter the giveaway here:
a Rafflecopter giveaway