I am organizing a review opportunity for Once Upon an Equinox by Dovie Ruth. Review copies are available in e-formats. There is no deadline before when you have to review. 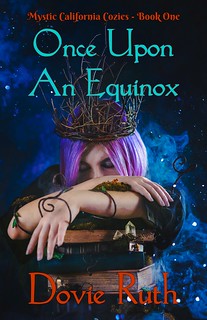 Blurb:
When Delaney Fox made up her mind to attend a session at The Tilted Plume Writers’ Retreat in the Sierra Nevada Mountains, she had no idea how winding and treacherous the road was going to be. Eerily, none of the other students showed up. And perhaps Delaney should have stayed home, too. After all, she was five months pregnant.

Mavis Beasom, a renowned romance writer, enjoyed the life of a hermit at her glorious but isolated retreat, She was a towering and formidable woman nearing sixty, and she was certainly not one to mince words. She made no attempt to hide her black cape with the pointed hood.

Delaney wasn’t interested in writing romance novels. She wanted to become a terrific author of thrillers. She had even brought along her unpublished novel in hopes of getting some advice.

Mavis soon made it clear that she had another agenda. She had lured Delaney to The Tilted Plume to be the thirteenth member of her own coven for an imminent celebration of the spring equinox.

To insure Delaney’s participation, Mavis locked the heavy front cattle gate to her wilderness property. She also refused access to her landline, which was the only means of communication with the outside world.

When Delaney asked to leave the retreat, Mavis gave her student an amused look. “If you’re going to be a writer who’s up to snuff, Delaney, you’re going to have to experience things outside of your own sheltered life. Tonight, you will participate in a rebirthing ritual. Ostara is the perfect time for you.”

“The spring equinox, my dear.”

You can find Once Upon An Equinox here:
– Goodreads
– Amazon
– Bookbub 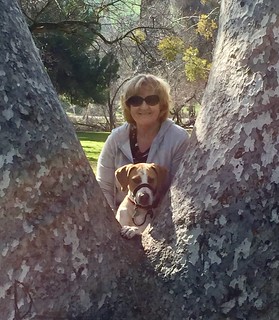 From the time Dovie learned to write, she took solace in her pen. Children in her family were to be seen, not heard. She was fearless in her observations –– even with the knowledge that her journal would be breached periodically and read aloud to the family.

But nothing stopped Dovie’s quill from dissecting the guarded veils of family life, the hidden stories that swam in academic fishbowls, and the nature of the universe. Fueled by the transgressive examples of Sylvia Plath, Ken Kesey, Shirley Jackson, and John Steinbeck, Dovie has inked her observations about courage, mental illness, disabilities, alternative lifestyles, the dark side of academia, and the baffling fit of traditional religions in the modern world. She was also fascinated with the weavers of mysteries such as Alfred Hitchcock, Agatha Christie, and of course, Carolyn Keene.

The subject matter of the author’s novels might be heady, but Dovie Ruth’s stories are delivered in a lively, juicy, provocative tone that leaves the reader questioning the status quo.