I am organizing a book blitz for Ultra Squad written by Julia DeVillers with art by Rafael Rosado. The book blitz runs from 20 till 26 April. There will be a tour wide giveaway.

Review copies of both Ultra Squad (book 1) and Ultra Squad Under the Strangebow (book 2) are available in eformat: pdf and as paperback copies (US Only). These are for reviewers who can review during the tour and those who can review within two months of the start of the tour. 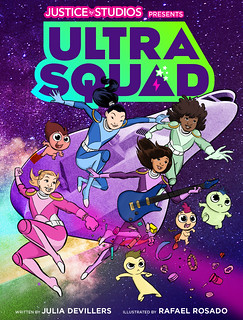 Blurb:
“Funny, fun, and lots of heart. I’m an Official Member of the UltraSquad!”—Max Brallier, NYT bestselling author of The Last Kids on Earth

When an evil force from the far reaches of the galaxy threatens Earth, the UltraSquad, a secret superhero team, with a mission to save the universe through teamwork, positivity, and justice, is enlisted to battle the overly smug villain. Along with their bizarro-cute extra-terrestrial sidekicks the Pallies, the kick-butt girls employ their magical ultra-superpowers to save the universe! This first book in a new graphic novel series inspires girls to reach for their dreams, work together, and make a difference.

Meet the Ultra Squad!
– Posey (Pink): She loves acting and has a passion for fashion, especially anything with sequins and glitter! Her motto is “Born to shine!”
– Anna (Turquoise): She is a gymnast who loves to stay active both through sports like lacrosse and rock wall climbing. Her motto is “Girls run the world…and the galaxy!”
– Lyric (Purple): She lives for music and her guitar and also loves writing poetry and volunteering at the dog shelter. Her motto is “Girls rock!”
– Sky (Green): She is super plugged into technology and loves science experiments (like slime!). Her motto is “Problem? Problem solved.”

You can find Ultra Squad on Goodreads 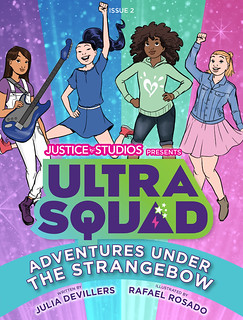 Blurb:
An evil, strange rainbow! A former nemesis! And four girls who look exactly like the UltraSquad! It’s an epic battle on an alternate universe for the UltraSquad, a secret superhero team, with a mission to save the universe through teamwork, positivity, and justice. Can the girls and their sidekicks, the Pallies, once again save the world and make it a better place through teamwork, positivity, and unstoppable fierce girl power?

You can find Ultra Squad Under the Strangebow on Goodreads

You can buy Ultra Squad Under the Strangebow here:
– Amazon
– Barnes and Noble
– Indiebound

Meet the characters from Ultra Squad: 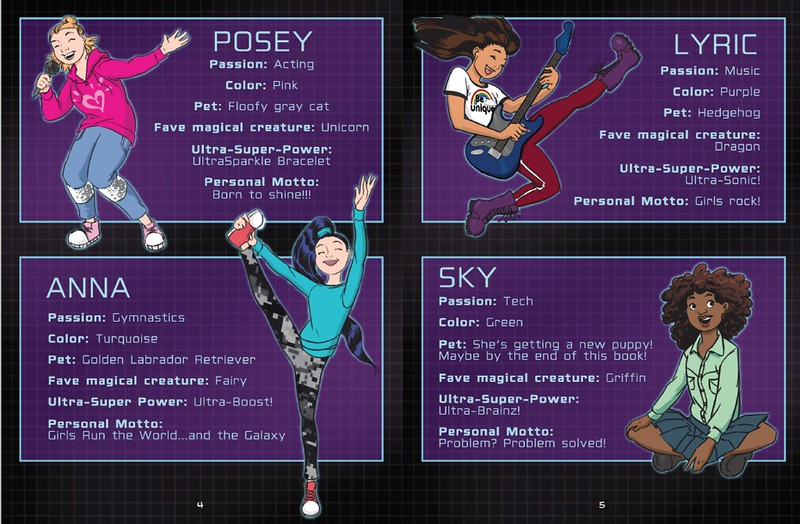 Check out some artwork from Ultra Squad: 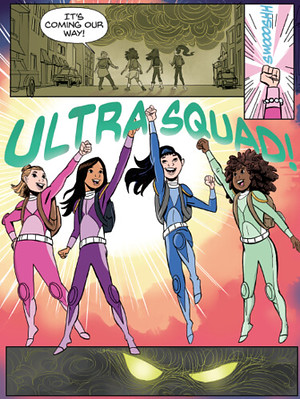 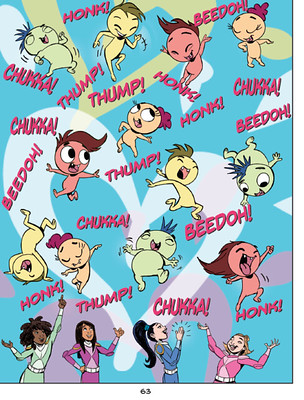 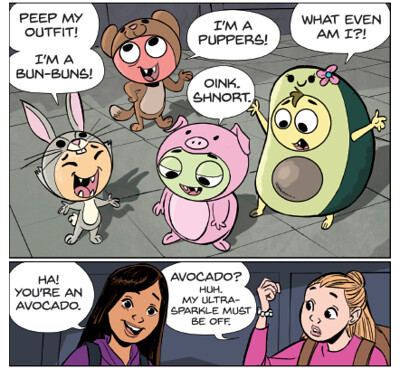 JULIA DEVILLERS is the bestselling and award-winning author of more than two dozen middle-grade and teen novels including How My Private Personal Journal Became a Bestseller, Liberty Porter First Daughter, and Girlwise. She also created the first retail branded book series for girls, Tween Brands (Justice/Limited TOO), and USA Today called it “a novel approach for retailers.” She has appeared on the major television networks and in the New York Times as an expert on tween girls. She lives in Ohio with her husband and their two children. Visit her at: www.juliadv.com

Born in Puerto Rico and based in Ohio, Rafael Rosado is a veteran of the animation industry. He is currently a storyboard artist for Warner Brothers, Disney, and Cartoon Network.