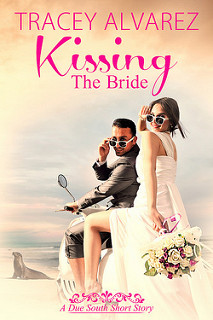 Blurb:
The countdown is on to the Wedding of the Year, New Zealand!

It’s seven days until Shaye Harland and Del Westlake finally tie the knot—and it’ll be the most awesomesauce wedding Stewart Island has ever seen if Shaye has anything to do with it. Her All Things Nuptial journal has the big day planned to perfection, but not everything runs like clockwork. While marrying the man of her dreams beats chocolate as an Easter treat, a few mini-catastrophes like Boris the obstinate sea lion threaten to ruin their special day.

WARNING: If you’re new to the Due South world, this fun and sexy short story of Del & Shaye’s wedding isn’t the book to start with. Lots of favorite characters join in the wedding craziness—and if you haven’t read the earlier Due South books it’ll just be crazy-confusing.

You can find Kissing the Bride on Goodreads 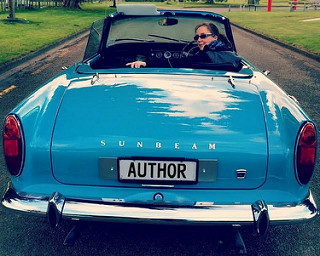 There is a cover reveal wide giveaway for the cover reveal of Kissing the Bride. There will be 3 winners who each win an e-copy of the DUE SOUTH Boxed Set containing the first 5 Due South books by Tracey Alvarez.