I am organizing a cover reveal for The Most Special Chosen by Rachel de la Fuente. This cover reveal takes place on January 24. The cover is designed by Loraine Van Tonder. There will be a giveaway during the reveal. 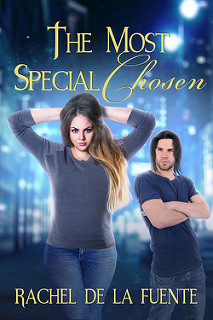 Blurb:
Elysabeth Vance is so determined not to be lost in her obsession that she refuses to see what’s right in front of her.

Damien is so afraid of ruining his only chance at happiness that he’s blind to Elysabeth’s obsession.

Once they open their eyes to what they have, nearly incomprehensible secrets will be revealed. After all, fate happens, even if you don’t believe in it.

You can find The Most Special Chosen on Goodreads

Rachel de la Fuente (meaning of the fountain) lives in Maryland with the love of her life and two furry children that meow. Her first novel The Most Special Chosen is being released by Burning Willow Press on March 3, 2018, but it’s hardly her first story. She’s been writing since elementary school, and telling stories since she could speak. She is an avid fountain pen enthusiast with a bit of an ink problem, and often writes book notes and sections of stories by hand.

Rachel was born and raised in southern California, but spent many summers with family in Mexico. Her parents loved traveling, so she also spent many vacations in various locations, soaking up foreign cultures and sights. She still loves to travel, and is committed to crossing all of the locations off her bucket list.

Rachel is a proud Slytherin, and when not writing, spends much of her free time reading, cross stitching, and watching documentaries.

There is a cover reveal wide giveaway for the cover reveal of The Most Special Chosen. 5 winners will win an e-copy of Elysabeth & Shawn, the Prequel Series by Rachel de la Fuente. 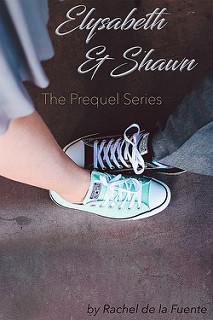