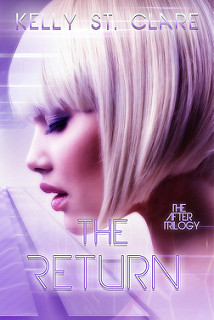 Three months ago, Romy emerged from the cultivation tanks after a year floating inside.

Now she undergoes regular testing as doctors work to find out . . . well, she’s not exactly sure what.

The tests must have something to do with the reason she can’t remember her knot—the single lucid memory the other insane soldiers on Orbito Four still possess. Whatever the researchers are searching for, if it aids the soldiers in the deathly war against the lethal alien invaders—the Critamal—the excruciating pain is worth it.

But a grey-eyed man has other plans.

Boxed in and caught, Romy is taken hostage by people who shouldn’t exist! They dress in black and carry weapons she’s never seen in her genetically enhanced life.

Fifteen months have passed since her world shattered into bright red, ringing chaos. Things have changed—people have changed. How long until what was once as familiar as breathing is familiar once more?

Can the new Romy reconcile with the old, or will the two halves of herself remain locked in an internal battle?

And if a victor should arise from this silent war . . . will it be the part of her that kills without hesitation, without mercy?

All it takes is for the cracks to join and blood will pour.

You can find The Return on Goodreads

Start this series with The Retreat! 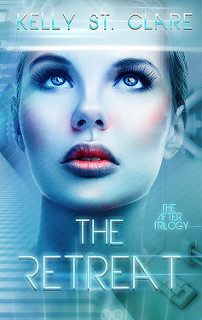 The Retreat is the first book in the After trilogy! You can get your copy of The Retreat on amazon

Finalist in the YA books central annual book awards for best YA sci-fi of 2016. 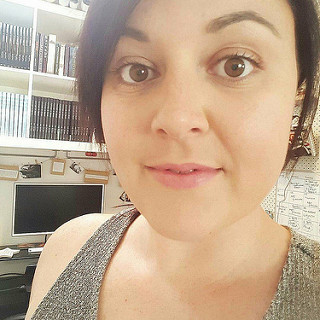 When Kelly St Clare is not reading or writing, she is lost in her latest reverie. She can, quite literally, drift past a car accident while in the midst of her day dreams, despite the various police sirens and chaos.

Books have always been magical and mysterious to her. One day she decided to start unravelling this mystery and began writing. Her aim: To write stories she would want to read.

The Tainted Accords was her debut series, and her second series, The After Trilogy, is now available.

A New Zealander in origin and in heart, Kelly currently resides in Australia with her soon-to-be husband, a great group of friends, and some huntsman spiders who love to come inside when it rains. Their love is not returned.

There is a cover reveal wide giveaway for the cover reveal of The Return! Three winners will each win a paperback copy of the Retreat. Open International!