Posted May 25, 2017 by Lola in Adult, Open for sign-up, Review Opportunity 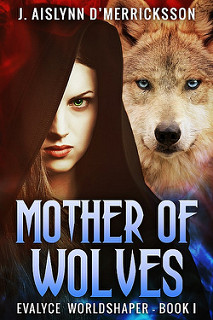 Blurb:
It is a year of awakening and change for Kalla kyl’Solidor – the Wolf Who Sleeps. After a fire wyvern attacks her home, she sets on a harsh path to self-discovery.

With the future of their world at stake, Kalla and her magister embark on a journey that will shake the foundations of De Sikkari and shape their destiny.

From the depths of Xibalba to the plains of Arkkadia, and the soaring heights of the sky continent of Argoth, they journey to claim their rightful place in the world, and to put an end to the source of the destruction before chaos claims the realm.

You can find Mother of Wolves on Goodreads

You can buy Mother of Wolves here on Amazon 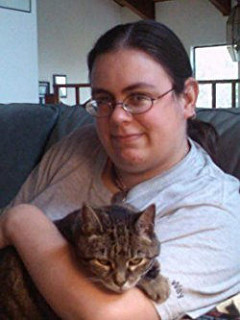 Allemerra! That’s ‘hello’ in Argosian. Argoth is one of the countries of the world of De Sikkari, where my Evalyce novels take place. It is a vibrant world, as real to me as the mundane world here. The ‘J’ in my name stands for Julianna, but I prefer Aislynn.

I have a degree in anthropology you see. I approach my writing from the viewpoint of an anthropologist. My sister calls me a ‘biblioanthropologist’. I like the word. It fits perfectly! What are writers but consummate anthropologists? Writers must employ the skills of the ethnographer, the cultural anthropologist, the archaeologist, the linguist, and sometimes even the psychologist and the naturalist in order to weave their stories. I do not craft this world. I merely found the key to it and happen to have the skills (and courage) to share it with others.

I think I have Loki to thank for that. I follow a Norse spiritual path called Rokkatru. Brother Wildfire always has lessons for me. Fun fact-Loki is also known as the Lord of Laughter. My lessons generally are to teach me to laugh at the mild or major setbacks in life. It’s a lesson I’m slowly learning.

My crooked path has led me to a wonderful home in Northern California, where I live with my sister, bond-brother, bond-mate, niece, a guinea pig, and two kitty cats. Yes, we have a large house! Sometimes it feels a little crowded, but most often it is nice to have the closeness of family.

I spend my nights as an innkeep, which usually gives me ample time to write, or to read. I love to read! I was an early reader and I always have a book with me. That’s a passion that lead me to becoming a professional book reviewer, freelancing for several review groups such
as the San Francisco Book Review. Such bliss! Paid to read! What could be better?