I am organizing a review opportunity for Roland’s Path by R.J. Hanson. There’s no deadline before when you have to review.

Review copies are available in e-formats and there’s a limited amount of paperback copies avaialble (US Only). 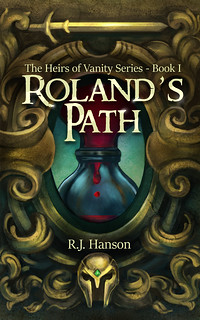 Blurb:
When two servants of evil escape during young Roland’s watch, he is driven by his own shame and vanity to take up his axes and track them down himself. Raised on the rural edges of Gallhallad, can he survive the dangers and complexity of the road ahead?

With the help of his lifelong friend Eldryn, the Cavalier hopeful, and an uneasy bargain with a dagger wielding cutpurse, Roland pursues a wizard of unknown powers and a woman of uncommon beauty and skill.

Will Roland’s vanity not only doom him, but a kingdom he hoped to one day serve as well?

In Roland’s world of Stratvs, vanity has a high price. A price paid with the blood of the innocent and the guilty. Around him, swords once pledged to justice rust on the altars of the self-righteous.

You can find Roland’s Path on Goodreads

You can buy Roland’s Path here on Amazon 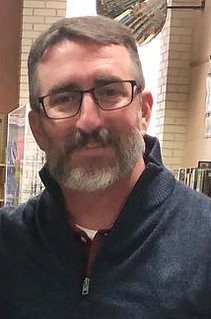 RJ Hanson has been a cop for over two decades. In that time, he accumulated a number of real-world experiences that have served to give him a unique understanding of the human condition and a perspective that gives his writing an honest grit. He has also benefited from years of training ranging from interview and interrogation techniques to hand to hand combat to SWAT tactics. RJ is a certified Firearms Instructor and Linguistic Statement Analyst. He currently serves as a Lieutenant in the Criminal Investigations Division of a small Texas police department where he specializes in crimes against persons.

In his youth he worked as a cowboy having grown up on a small ranch in north Texas. At the age of 16 he was selected for the TAMS (Texas Academy of Mathematics and Science) project at the University of North Texas where his young eyes were opened to the world.

In his spare time, RJ studies medieval combat and military tactics as well as arms and armaments of various cultures and times.

RJ and his wife, Michelle, live on a small ranch where they maintain a modest heard of cattle, two dogs, a variety of barn cats, a peacock named Henry and a peahen named Margaret (aka Ferd).