I am organizing a blog tour for Kingdom: Tiber City Blues by Anderson O’Donnell. The blog tour runs from 16 September till 6 October. There will be a tour wide giveaway.

Review copies are available in e-formats and paperback format for reviewers during and after the tour! Blurb:
In a secret laboratory hidden under the desert, a covert bioengineering project—codename “Exodus”—has discovered the gene responsible for the human soul.

Somewhere in the neon sprawl outside the nation’s collapsing economic core, a group of renegade monks are on the verge of uncovering a secret that has eluded mankind for centuries.

In a glittering tower high above the urban decay, an ascendant U.S. Senator is found dead–an apparent, yet inexplicable, suicide.

And in the streets below, a young couple races through an ultra-modern metropolis on the verge of a violent revolution….closing in on the terrible truth behind Exodus–and one man’s dark vision for the future of mankind.

You can find Kingdom: Tiber City Blues on Goodreads

You can buy Kingdom: Tiber City Blues here on Amazon 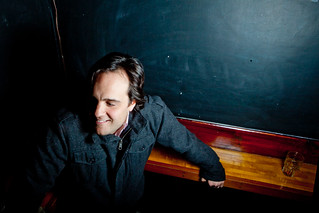 Obsessed with dystopian fiction and the Clash, Anderson resides with his wife and three children in Collinsville, CT.

You can find and contact Anderson O’Donnell here:
– Goodreads
– Amazon

19 September
All the Ups and Downs – Excerpt

30 September
Armed with A Book – Review

1 October
Armed with A Book – Interview

Review after tour
Teatime and Books